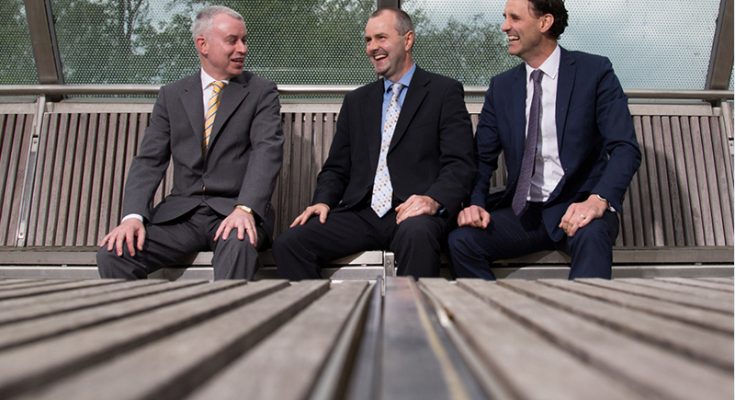 Paul Tierney delivered official congratulations to Kevin Taylor and Gareth Quinn McDonagh – who were both ecstatic about the news and happy that the years of hard work and commitment have paid off so well.

Kevin Taylor began his training as a mature student, leaving his corporate position at Dell to pursue a career in accounting. “It’s been four years of hard slog, but worth every bit of it. Training at Keogh Ryan Tierney has been a great start to my career and the firm has been very supportive,” says Kevin.

Gareth Quinn McDonagh played rugby for Munster Academy and Shannon before going on to study accounting at UL. He thanked the partners for the training he has received which he described as “second to none”:

“We have gained experience in every aspect of accounting – company, tax, pay roll, VAT returns and audit. The firm really understands the importance of studying.”

Keogh Ryan Tierney thanks both Gareth and Kevin for all their hard work and wishes them every success as they embark on their careers.