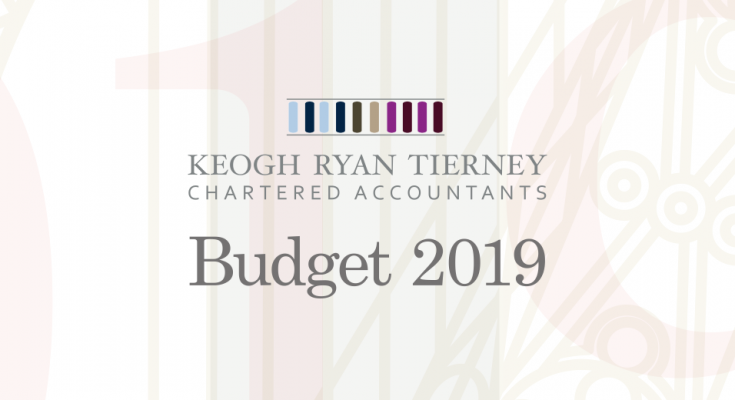 Watch our video to learn about the main features of Budget!

The minority Government’s third budget has been dominated by significant increases in spending in health and housing.  As a result of an unexpected incremental Corporation Tax yield of €1 bn due to changed international accounting regulations (€700m which is regarded as non-recurring), the Minister had a bit more leeway to play with.  The Minister’s decision to set aside part of this into a rainy day fund is prudent. There will be an additional €310 million for affordable housing and €60 million in capital spending has been allocated to deal specifically with homelessness.

Income tax changes have been relatively modest with an increase in the standard rate tax band by €750 in the case of a single individual and €1,500 in the case of a married couple with two incomes. The 4.75% USC rate has been decreased to 4.5%.

The main revenue raising measure has been in the indirect taxes area. This includes the abolition of the 9% special VAT for the hospitality sector, which will return to 13.5% with effect from 1 January 2019. The special rate has been retained for some areas such as newspapers and sporting facilities. The 9% rate has been extended to electronically supplied publications (includes e-books and electronically supplied newspapers). Betting tax has been doubled to 2%. Excise Duty on cigarettes has been increased by 50 cent. No increase in excise on alcohol was announced.

Given recent environmental announcements, somewhat surprisingly no increase in carbon tax or in the excise duty on diesel was announced. However, there will be a 1% increase in vehicle registration tax for newly registered diesel vehicles. Accelerated capital allowances will be introduced for gas-propelled vehicles. VRT relief for hybrid cars will be extended until the end of 2019.

Employer costs will increase with an increase in the rate of employers’ PRSI to 10.95% (increase of 0.1%) and the cost of factoring in a new paid parental leave scheme of 2 weeks that will be extended to 7 weeks eventually. 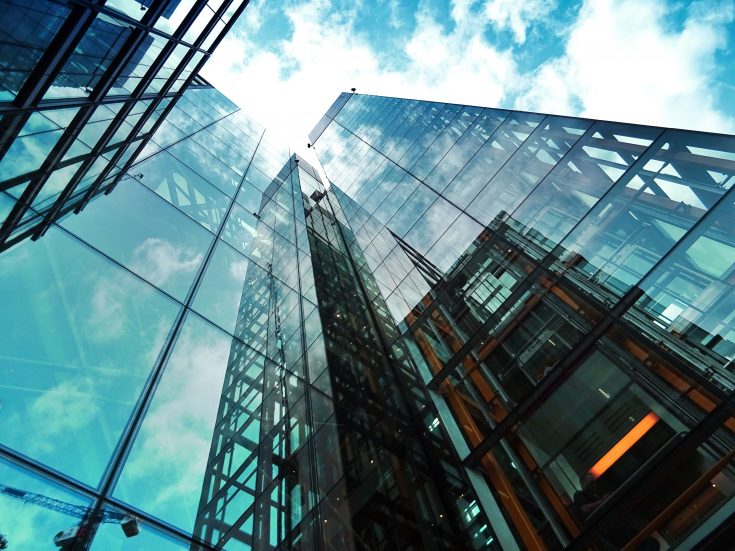 The Minister has made his customary assurances that the 12.5% tax rate will be maintained. With a potential tsunami backdrop of international tax changes, more than ever this is welcome.

In recent years, the budgetary process has been largely informed by a range of international tax initiatives at the EU and OECD levels. Recent concerns expressed regarding the level of Corporation tax receipts peaking at €9 billion and the potential reduction as international tax reform kicks in is clearly exercising the mind of the Minister for Finance. Similar to other countries, pre Budget consultation processes with key stakeholders is to be welcomed and has become enshrined in the budgetary cycle.

The most recent Corporation Tax Roadmap issued in September outlined the actions taken to date in relation to corporate tax reform following EU and OECD initiatives.  It also had set out the next steps in Ireland’s implementation of certain EU Anti Tax Avoidance Directives, the OECD BEPS reports and recommendations from the Coffey Report which was published prior to last year’s Budget, together with a timetable for implementation. This is a very positive development as it sets the stage for future change. Taxpayers welcome certainty in an increasingly uncertain world of trade wars, Brexit and international tax reform, so this approach is very positive. The Minister in his speech highlighted the need for our corporation tax system to be transparent, sustainable and legitimate.

The international tax landscape is changing and it is crucial that Ireland continues to maintain its competitiveness and remains attractive as a location for foreign direct investment.  After many years of procrastination, US tax reform is now in play effective from 1 January 2018 and only time will tell what the ramifications for Ireland Inc. will be.

CFC legislation has been introduced for the first time to take effect from 2019. CFC rules seek to tax the profits of overseas subsidiaries before they are actually repatriated from the overseas territory.  Historically, CFC rules were only found in the tax law of large capital exporting countries such as the UK and the US so this is a new departure for Ireland. The Budget announcement confirms Ireland’s intention to adopt the provisions, which broadly seek to tax undistributed income arising from non-genuine arrangements, which are put in place for the essential purpose of obtaining a tax advantage and can be attributed to activities carried on in Ireland. This is consistent with the new world order post BEPS.

It was hoped that the Minister would have introduced a full participation exemption on dividends from foreign companies, as the existing foreign tax credit system is unwieldy and costly to manage for Irish corporates.

The special 9% VAT rate for the hospitality sector is to be abolished with the rate increasing to 13.5% with effect from 1 January 2019. The special rate is to be retained for newspapers and sporting facilities. Businesses will need to factor this into their budgetary process for next year. Pricing packages with tour operators for 2019 will need to be revisited to establish whether this additional cost can be passed on. The 9% rate has been extended to electronically supplied publications (includes e-books and electronically supplied newspapers).

The announcement that there will be a tweaking of the EIIS relief in the Finance Bill is welcome. This relief has been beset with problems due to changes in the rules to the scheme prompted by EU State Aid rules and delays in the processing by the Revenue Commissioners. Whether the tweaking of the relief will materially impact on this will be interesting. It is potentially an important source of funds for the SME sector.

Undoubtedly, the recent report by the Comptroller and Auditor General regarding effective tax rates of High Net Worth individuals has influenced in some way the Minister’s mind set in framing today’s budget. Politically it is difficult for the Minister to reconcile the fact that  a quarter of Ireland’s richest taxpayers – defined by the Revenue as having net assets worth more than €50 million – have a reportable income below the average industrial wage. Whilst key aspects invariably get lost in the detail, politically the Minister had to allay potential backfire by addressing the tax position of middle-income earners. This was achieved, albeit somewhat modestly, by increasing the standard rate tax band across all sectors and lowering the impost of USC.

No major changes were announced for capital taxes. With the high value of private residences, it is unfortunate that the Minister did not see fit to significantly increase the Class A threshold (parent to child) for Capital Acquisitions Tax purposes. A modest increase of €10,000 is a lot less than what many had hoped for. 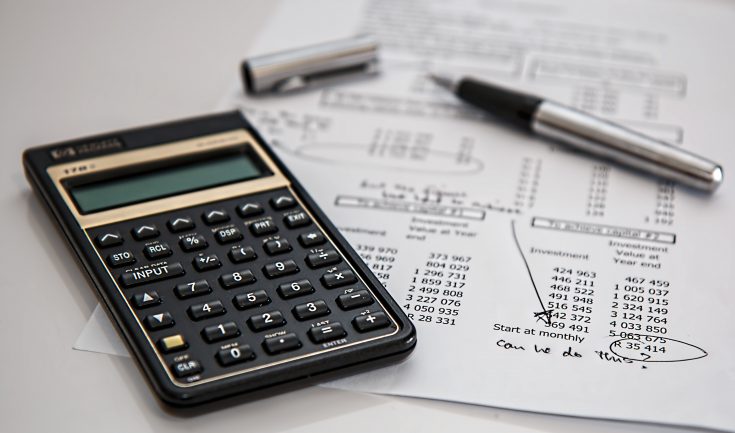 Stock relief has been extended for another 3 years.

Income averaging has been extended to farmers with off farm trading income.

The tax-free threshold for gifts and inheritances between parents and children has increased from €310,000 to €320,000 to take effect for benefits received from today. No changes to the Class B or Class C thresholds were announced.

No changes to the normal CGT and CAT rates of 33%.

Capital spending on all housing measures including social housing will increase to €2.3 billion.

A €310 million affordable housing scheme has been announced. The income eligibility will be up to €50,000 for an individual and €75,000 for a couple. The scheme is expected to result in a discount of up to €50,000 on the cost of building a house.

€60 million has been allocated to capital spending specifically targeted at tackling homelessness.

Some relief from Local Property Taxes for vulnerable people was signposted by the Minister. The details will be announced later when the review on the tax will be released later this year.

Young Trained Farmers Relief has been extended for a further 3 years.

Special 9% VAT rate for the hospitality sector to be abolished with effect from 1 January 2019. It has also been abolished for hairdressing. In both cases, the rate will be replaced with the 13.5% rate.

The cost of cigarettes will increase by 50 cent per pack of 20 from midnight 9th October 2018.

No increase in carbon tax or excise on diesel. Increase of 1% in vehicle registration tax for newly registered diesel vehicles.

All weekly social welfare payments will rise by €5 per week (from March 2019).

The Christmas bonus has been restored to a double payment for the first time since the crash. This will apply to payments received in December 2018.

Two weeks parental leave with an aspiration to increase to seven weeks over a number of years.

The threshold for families to access the highest level of childcare supports has been increased.

Free GP care has been extended as a result of a €25 increase in the income threshold for the GP card.

50 cent reduction in prescription charges for the over 70’s.

The monthly drugs payment scheme threshold has decreased from €134 to €124 per month.

Please contact a member of the Keogh Ryan Tierney Tax Team if you have any queries.